Draw a line due south of Iqaluit and keep going for 5,669 kilometres: you’ll reach a Caribbean island where the winter temperature is often 60 degrees C warmer than in Nunavut’s capital. 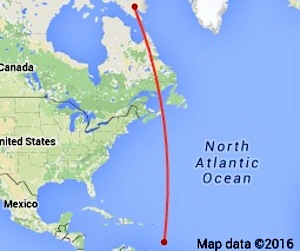 Barbados is also much smaller than the two-million square km that Nunavut covers: Barbados, only 34 km by 24 km, comes in at only 430 sq km.

But despite the island’s tiny size, its tropical location and much larger population, about 270,000 vs 37,000, people on Barbados face many of the same challenges that people in Nunavut and other places in the Arctic face.

That’s according to Dr. Lennox Honychurch, one of the Caribbean’s most noted historians, who is also a broadcaster, artist and politician.

Dr. Lennox Honychurch, next to an African tulip tree in Barbados, in a scene from  a Caribbean Broadcasting Corp. production.

Climate change “isn’t anything that you have created or that you can stop,” Honychurch said during a recent interview in Barbados. “You are not in control.”

And that statement could have come from a resident of the Arctic, where people also have little control over the larger causes and impacts of climate change.

Here’s what climate change means in Barbados: unpredictable weather, including higher temperatures and less rain, and changing ocean currents, which brought in blankets of stinky Sargassum seaweed to its beaches last year. 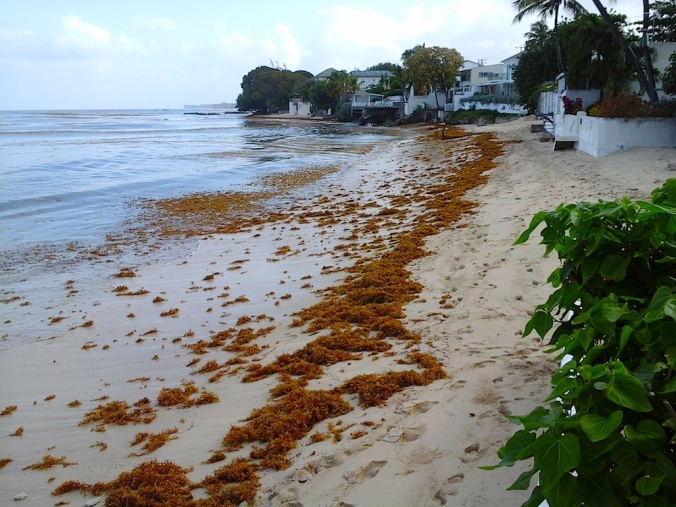 This photo shows some of the seaweed that washed up on the beaches of Barbados in 2015. (PHOTO BY A. SEALY)

Drought, heat and seaweed are among those tropical versions of the Arctic’s disappearing glaciers, melting ice and changing vegetation — and we’ll see more of these things unless the world changes radically, Honychurch suggested.

Against this background of climate change, if and when you move beyond the picture-perfect scenes of luxury resorts and mansions which most visitors see, you’ll run into the top two everyday problems for people in Barbados: garbage and water, singled out by Honychurch as among the biggest threats to the island’s wellbeing. 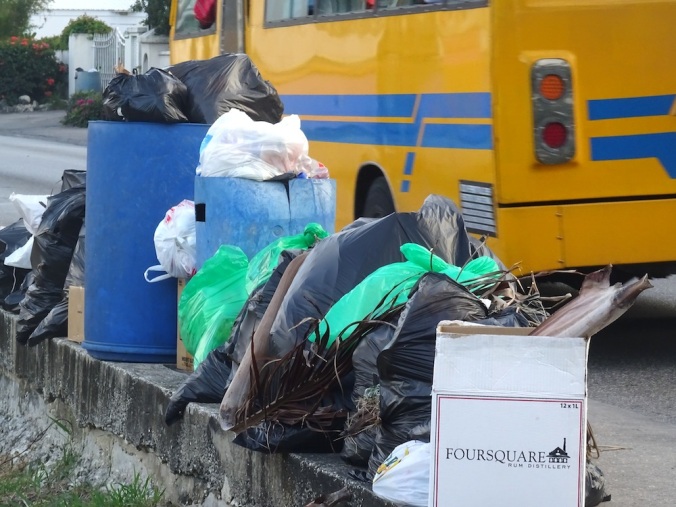 Garbage awaits pick-up by the side of a busy road in Barbados. (PHOTO BY J. GEORGE)

You often hear people — and the media — in Barbados talk about the same things as in Nunavut: how to manage solid waste and ensure a supply of clean water.

And these public debates unfold against the same background: limited infrastructure,  a stagnant economy and a growing population.

Garbage, as in every Canadian Arctic community, is a huge concern on Barbados: There’s an overflowing landfill, many illegal dump sites, and no wide-scale, officially-supported recycling program.

A beach in Barbados is littered with plastic and styrofoam containers — some of the 4.75 kilograms of garbage produced daily by every resident of this island. (PHOTO BY J. GEORGE)

A proposed $240 million gasification plant would turn waste into power on Barbados, where electrical power, as in Nunavut, is still diesel-generated.

But the plant would need to bring in more garbage, from cruise ships, for example, to build volume and pay for itself, while its emissions would throw cancer-causing dioxin particles into the air. 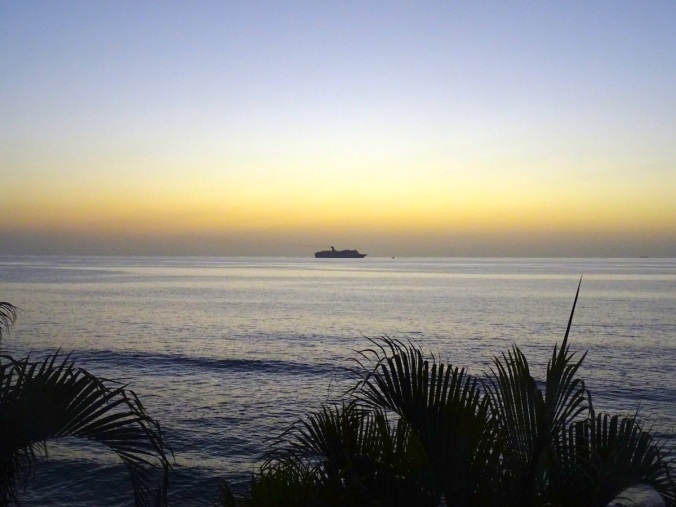 A cruise ship heads away from Barbados at sunset — the island wants to increase its cruise-ship traffic and use ship-offloaded refuse to help fund a new incinerator. (PHOTO BY J. GEORGE)

As for recycling, this presents the same challenges as in Nunavut. First, you have to educate people about recycling, and, then, what do you do with the recycled materials you collect without a local recycled-materials industry?

Meanwhile, there’s no ban on plastic bags and take-out from food trucks and restaurants is always served in styrofoam boxes.

The result is that you see as much litter on the beaches and streets, if not more, in Barbados as in Nunavut when the snow melts.

There’s a lot happening in this photo. The road has been closed due to erosion from waves  over the rocks, which have taken out part of the pavement. You can also see garbage lying by the side of the road and neatly tied in plastic bags on a tree.  (PHOTO BY J. GEORGE)

Then, there’s the question of keeping water clean so they don’t end up with a polluted or insufficient water supply.

In  Barbados, water quality and supply has already suffered. The drought has water-starved wells pulling up salty or silty water or silty water and farmers are looking at parched fields.

This advertisement in a Barbados newspaper wants to sell water tanks to worried consumers. But some suggest these may also be breeding grounds for the mosquitos that spread the Zika virus.

Due to the drought in Barbados, a new water prohibition aims to stop people from washing their cars and watering their lawns until May 31 with the threat of big fines.

But the aging and poor infrastructure, along with no water saving measures for tourists staying in hotels — means there’s much water wasted. Most waste water and sewage continues to be dumped directly into the sea, with no treatment.

Seen and heard enough? You can read more tomorrow about the Arctic-Caribbean links on a Date with Siku girl. 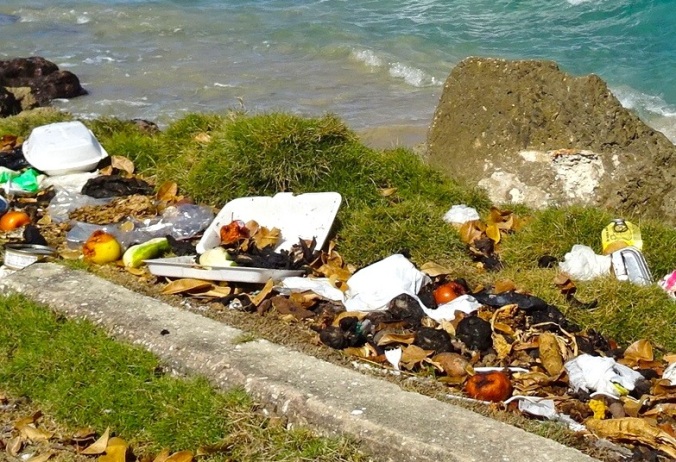