That’s why an international group of non-governmental organizations, which represents small island states and the Arctic,  called  Many Strong Voices,  has lobbied for deep cuts to global greenhouse gas emissions to keep climate change and its impacts in check.

But you can’t underestimate the value of people taking action, such as recycling and reusing, says Caribbean expert Lennox Honychurch.

Unfortunately, little guidance from the Indigenous knowledge, besides respect for nature and for the natural world, can be applied now on the island of Barbados, where I recently spoke with Honychurch, who is known for his studies of Amerindians in Caribbean islands.

An Amer-Indian village in the Caribbean.

That’s due to people’s expectations and demands for services, Honychurch said.

The world has changed: Once there were 2,000 people living on Barbados and resources were sufficient.

In the surrounding waters, over-fishing threatens the stocks of flying fish.

As tasty as they are unusual, these fish with wings are as iconic in Barbados as narwhals are in the Arctic — but they’re now more scarce and more expensive than ever before. 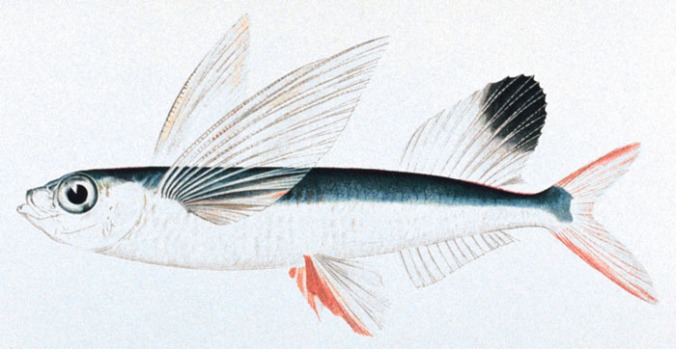 A flying fish, a food stable in Barbados, is now becoming increasingly rare due to changing currents and over-fishing. (IMAGE/ WIKIPEDIA COMMONS)

He’s involved with a Caribbean Broadcasting Corp. television series on trees, whose goal is to raise awareness about the positive role trees play in Barbados.

You can check out “Trees: the Silent Sentinels” here on YouTube (and, for a low-budget series on the environment, you can’t find a better one.)

There are other signs of change around Barbados: A company, called  Caribbean LED Lighting, that manufactures light-emitting diode lights, aims to reduce energy consumption on the island — like the Government of Nunavut, which announced recently that it plans to install LED streetlights in Iqaluit to cut energy costs by 30 per cent.

A local recycler in Barbados also wants to teach people to reuse and recycle with the goal of establishing a privately-owned recycling business.

But the solution to today’s energy and environmental woes won’t be simple: Honychurch said places like Barbados need a “revolution” in how people act in their own lives so they become more personally responsible for these big problems.

“There’s a perception that the state looks after everything,” Honychurch said.

You can find other similarities between the Arctic and the tropics.

For example, many on Barbados also suffer from NCD’s — non-communicable diseases like high blood pressure, heart ailments, diabetes and obesity.

And, you don’t have to look far to hear stories of interpersonal violence, as well. A widely-read, and controversial, website called “Naked Departure” is devoted to tales of sexual and child abuse and other forms of violence or corruption on Barbados.

As the warmer world unfolds, regions like cold Nunavut and hot Barbados may also be linked through shared illnesses as well — like Zika, linked to microencephaly and adult paralysis, which experts believe may be spread north by sexual contact and mosquitos. 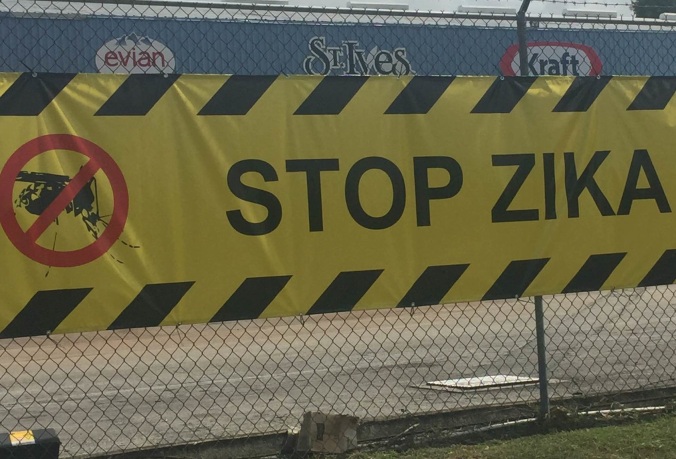 So, right now, due to the Zika virus, if you’re planning to start or add to your family, you probably wouldn’t even want to visit Barbados where there are at least — and likely more — 300 suspected and confirmed cases of Zika.

For now, this marks the end of this Arctic-Caribbean series — as I to back to looking north.

But you can read the first two parts of the Arctic-Caribbean series here: