When I visited the western Nunavut community of Cambridge Bay recently, a little plastic nose pad or a “plaquette” (as we say in Quebec) fell off my eyeglasses. So the glasses were lopsided and painful to wear.

Luckily, I had another pair with me —  actually two, counting my sunglasses.

So here are 10 things you want to think about if you’re heading from point A to point B by air in Canada’s Arctic, particularly if you’re planning to work when you arrive:

#1 — If you wear glasses, bring two pairs. When I first travelled to Iqaluit in the early 1990s, I stepped on my glasses in transit and broke them in half. I arrived in Iqaluit and found someone at Nunavut Arctic College who was able screw the two pieces together. Don’t ask what I looked like.

#2 — Bring two of everything you really need. I still travel with a laptop and an iPad, two cameras (digital, cellphone), etc. If something breaks, you can still do your work. I learned that again the hard way when I was in Iceland and the top of my  laptop broke off when I opened it: Apple has fixed that weakness now. But, in that pre-smartphone era, I had to write my stories on a hotel computer.

#3 — Remember your power cords. Once when I packed my equipment to leave for Yellowknife from Iqaluit, a co-worker started talking to me. Distracted, I left the power cord to my laptop on my desk. I couldn’t find one in Yellowknife. Again, I was fortunate to have a friend there who loaned me her laptop so I could get my work done in western Nunavut.

#4 — Wear your heaviest outerwear on an airplane. A military survival expert in Resolute Bay said wearing a warm parka and boots when you crash on land can make a difference between life and death. He advised even carrying a sleeping bag on flights. I once got on a flight heading north in Montreal, with my warm parka packed in my suitcase. I arrived. It didn’t. 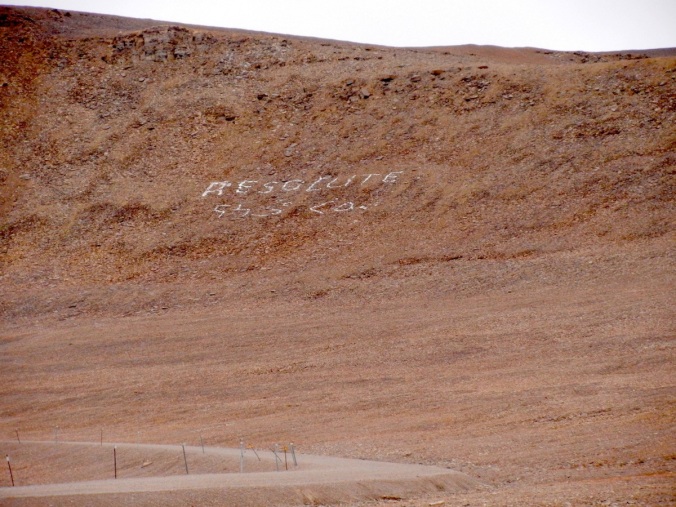 #5 — Pack enough essentials in your carry-on bag to tide you over. Just this week, a woman from Cambridge Bay, who was heading on a short hop from Cambridge Bay to Kugluktuk, arrived in Kugluktuk without her bag and a week’s worth of food and clothes. In the bag, which couldn’t be located, was a supply of frozen maktaaq (narwhal.) I once spent a week in Nunavik with only what I could pick up at a co-op store because I had packed everything in my bag, which never made it to the community.

#6 — Bring socks. Bring underwear. Bring a toothbrush. Bring the right boots. You know.  I’ve packed and forgotten these items or brought the wrong ones. I arrived in Yellowknife this past weekend without my hair brush, which was back in Cambridge Bay — but a store was right across the street. You won’t have this luxury in most places. And bring the right kinds of boots. Are the streets snow-covered or icy? Muddy or dry?  Will you be out on the land?

The boots with built-in crampons that I use in icy Cambridge Bay would be silly for Iqaluit where it’s already rubber boot-season.

When I went to the floe edge in Pond Inlet I suffered from cold feet because I brought boots that were too light, and when I first went goose-hunting in May 1991, I arrived in Eastmain, Que. with boots that ended at my ankles — and spent the next 10 days in borrowed rubber boots in snow up to my knees. I’ve also ended up in Ottawa wearing sealskin kamiks when a flight was diverted there. Lessons learned.

#7 — Take snacks. And water. You never know when you may get an unexpected layover. This past weekend a five-minute station stop lasted for more than an hour.

#8 — Fill your carry-on bags to the maximum. I always travel with two heavy carry-ons and leave the light stuff in the bag, which may or may not arrive. But don’t let them out of your sight as I did on Ellesmere Island, only to find out later in the air that my backpack had been offloaded and left behind on the Lake Hazen tarmac.

#9 — Check your time of departure and make sure you arrive when you need to. Sometimes flights are cancelled, sometimes they’re delayed or even leave earlier.

#10 — Talk to people while you wait for the flight and while you’re in the air: You’ll make new friends. Even airports can be fun. On April 30, National Hockey League alumni arrived as I was leaving Cambridge Bay. 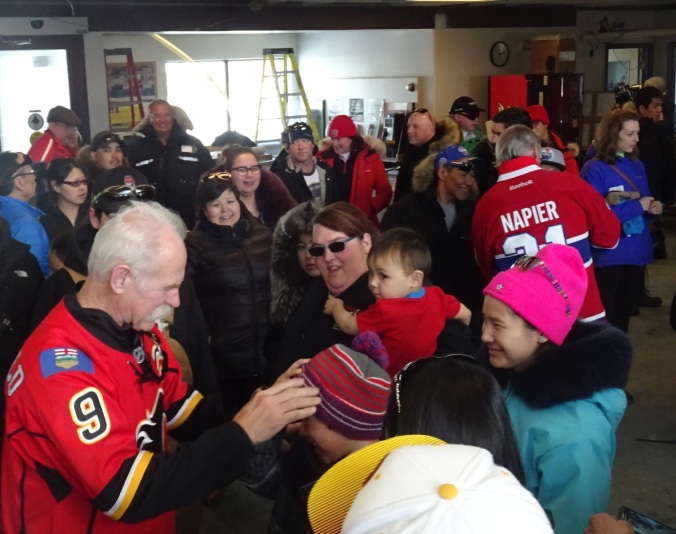