When I arrived in Cambridge Bay, Nunavut, this past September, I caught the last few warm, dry days of this year. And there were lots of snow buntings to make things lively.

The view from my friends’ house — where I would end up spending nearly two months, thanks to their incredible hospitality — included a view over to Mt. Pelly, about 20 kilometres away to the east.

During those first days of this year’s visit to Cambridge Bay, I took many long walks — and I visited with my many friends in the western Nunavut town of 1,700.

But I couldn’t help tracking and writing stories, first for this blog, and then, finally again, for Nunatsiaq News, as I returned to work.

There was no boredom ever for me during my visit, even on weekends.

So, what should you do if you’re lucky enough to visit Cambridge Bay — located a couple of hours by air north from Yellowknife in the Northwest Territories?

Here are some ideas:

• If you are around when a barge comes in, go down and watch everything be offloaded and stacked up on shore.

• Keep an eye on what’s happening at the dock — that’s where I met the folks from the ocean observatory and the yacht, the Latitude. Boats and ships travelling the Northwest Passage are always docked there in August and September. 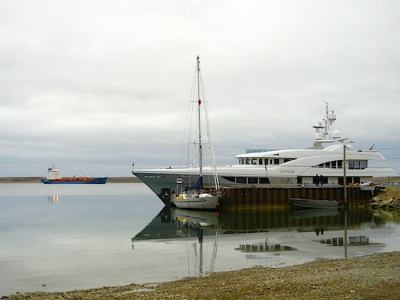 • Walk to the airport and back. Have an expresso or latte at the Arctic Closet café at the airport.

On the return trip you’ll get a great view of Cambridge Bay with Mt. Pelly in the distance. 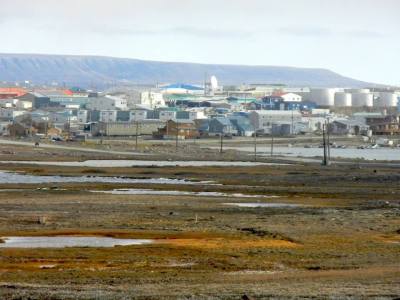 And you can check out the municipal golf course, called “Many Pebbles.”

You can also get a view over to the Cam Main North Warning site (what do they do there anyway?) 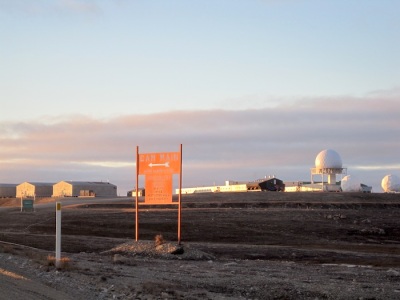 • Head over to the plateau on the way to Mt. Pelly to see what’s happening at the construction site of the Canadian High Arctic Research Station, set to open in 2017.

After that, continue on and peek into the dump — it’s probably Nunavut’s best landfill, but still some of the trash is whipped around by the wind and most of what can’t be reused locally is reduced by open burning. 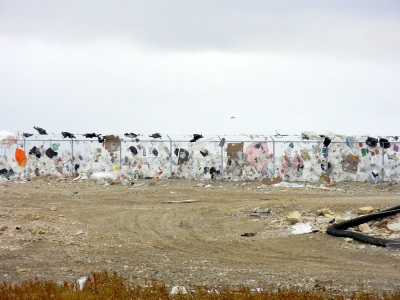 Further on you’ll find cabins as well as the cemeteries, old and new. 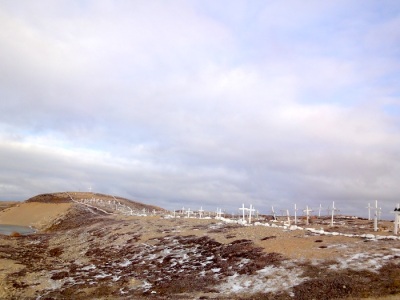 Then, if you cross the bridge to your right, you’ll walk past the site of the old town site as well as a new park commemorating residential school students — and get a great view of the town beyond. 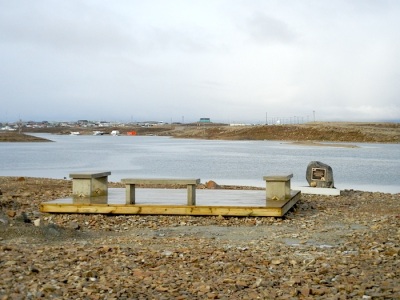 A little further on yet, you’ll arrive at the site of the Maud, Roald Amundsen’s ship, which may not be there too long if Norwegians are successful in 2015 in bringing the Maud back to Norway.

Down the road, there’s the newly renovated stone church built by Catholic missionaries, which celebrated its 60th anniversary in September 2014.

And close by is the Eagle, which ended up on shore there in 1954, when missionary Father  André Steinmann bought the ship — but then was transferred back east.

Near to that, you might also still find some remnants of the Loran tower, erected in 1947, to be a navigational beacon for aircraft. Many of the community’s first houses were built using its plywood shipping crates. The Loran was torn down in 2014.

That’s a bit of a hike but you can always wave people down for lifts back to town!

• Walk around Cambridge Bay, check out the Northern and Co-op stores and see how much it costs to eat. And look at the bulletin boards to see what’s going on. There’s always some meeting or activity.

• Go to the May Hakongak Library and cultural centre: check out the cultural displays and look for some of the many Arctic-related books I gave to the library in 2011. 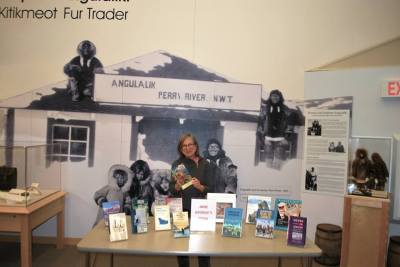 Elders, who work in the back on projects, put some of their handiwork for sale, too.

• Visit the Arctic Coast visitors centre — you can find more pamphlets there on what to do.

• Go to the Elks club early Friday evening and find someone to sign you in — you’ll make new friends and may be able to hang on to a drink token as a souvenir. 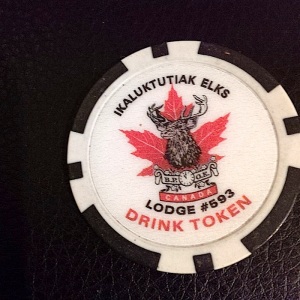 • Go to Sunday service (in English and Inuinnaqtun) at St. George’s Anglican Church — seeing the stained glass windows are worth going to see and you’ll be welcomed warmly.

• Get up early and watch the sun rise.

• Don’t miss any of the sunsets (but to see them you’ll have to go outside the days of 24-hour sunlight and darkness.) They’re all different.

• Try to make friends with people who have vehicles and cabins — they’ll be able to navigate the bumpy roads and take you to see Mt. Pelly or Gravel Pit and beyond. Maybe you’ll see a muskox along the way. 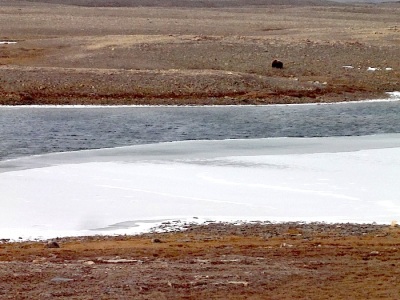 And you won’t want to miss a visit to Mt. Pelly.

From every angle, and particularly at sunset, when it catches the last rays, this flat esker of a mountain looks great. 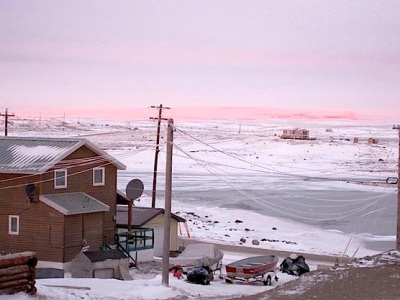 • Arrive with good shoes, rubber boots and boots with spikes for when the roads freeze up and get slippery.

When I left Cambridge Bay in the end of October 2014, everything already looked different: the days were shrinking,  temperatures often dropped into the minus 30 Cs with wind and my middle-weight parka was too light. And I was busier, too, back to work, covering back-to-back meetings, with less time to enjoy the scenery.

The view looked different from the front porch, too. But I was rewarded with amazing sights, including this pink-lit scene of ice crystals in the air at sunset as I walked back after work. Like heaven.

Can’t wait to get back.

Now that I am back at work, you won’t find as many new blog entries.

But if you missed previous posts, including the “Like an Iceberg” series, take a look here:

A makeover for CamBay’s ocean observatory